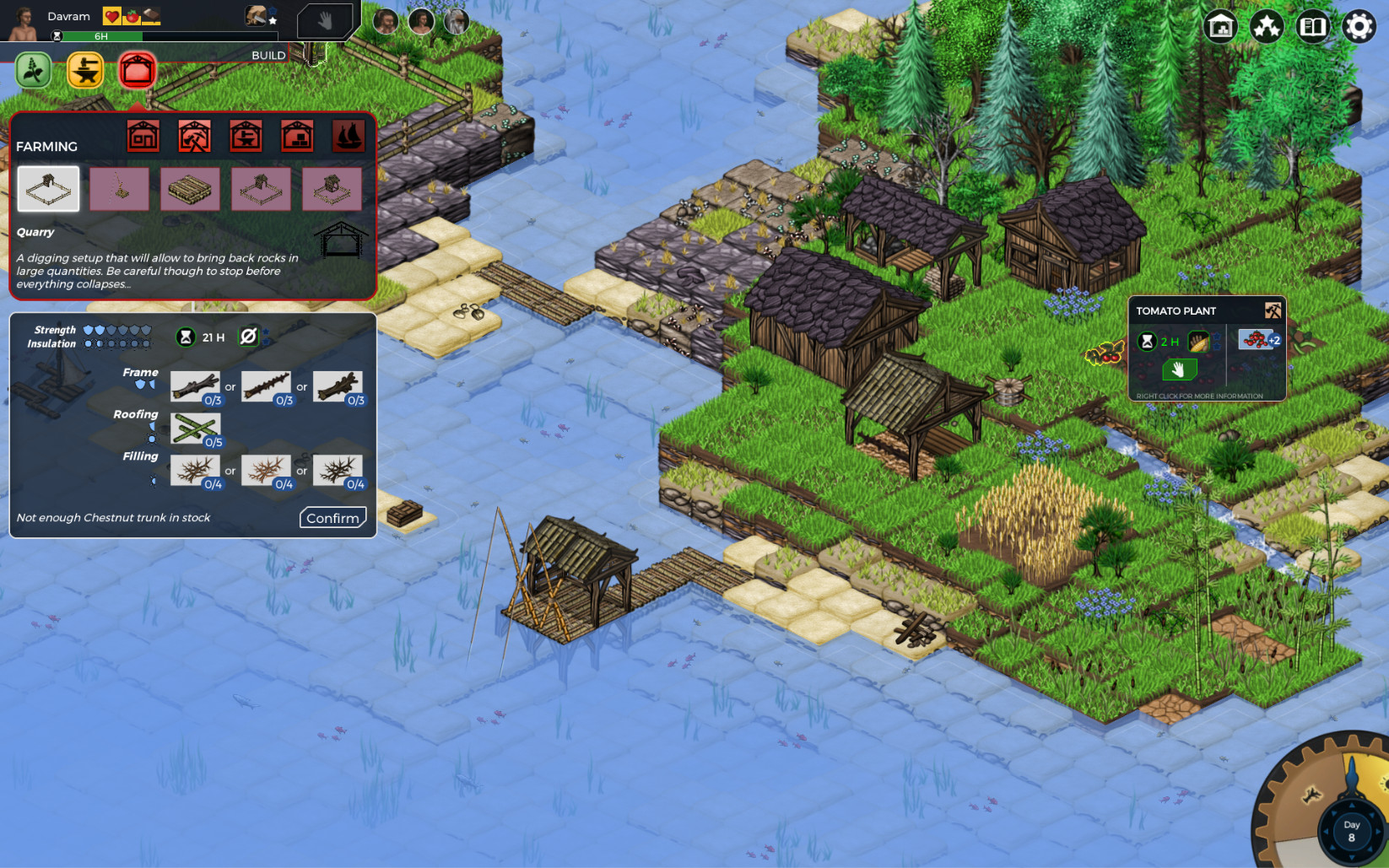 It was a long work, but it was needed! UI is now smaller, easier to use, with some additions like a report panel at the end of each turn, giving you more information about the well being of your survivors. 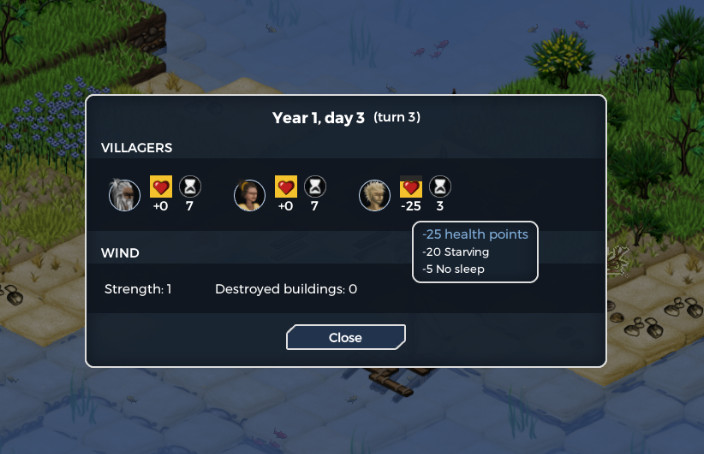 We also reworked keyboard shortcuts, so go take a look if you like to use the keyboard rather than the mouse.

Finally, shells respawn! A reproduction behaviour has been implemented: once a year, every shell “breeds”: it produces another shell, giving there is space on its natural environment, and there are not too many other shells around.

The same behaviour is used for crabs and frogs, two new animals that offer new sources of food.

You no longer need to place stockpiles before harvesting resources. Items will simply stay on the map, clearly identified by a white outline. Next step is to add proper warehouses to store all those items and protect them from the storms. 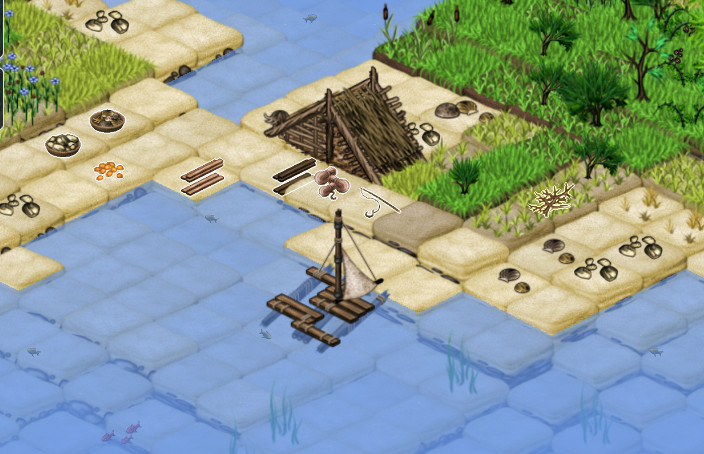 Want to join the discussion?
Feel free to contribute!

0.14 – Agriculture and Sound Design
Scroll to top
We use cookies to ensure that we give you the best experience on our website. If you continue to use this site we will assume that you are happy with it.Ok